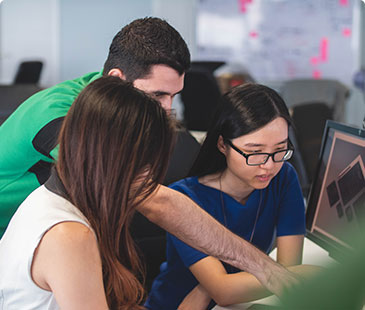 After every Federal Reserve Board meeting, financial pundits do their best to decode its actions and statements, and the financial markets react. The two-day meeting of the Fed’s Open Market Committee that concluded on June 16 was no exception.

Fed Chair Jerome H. Powell said that the bank would not end its monthly purchases of nearly $80 billion in U.S. Treasury securities and $40 billion of agency-backed securities “until substantial further progress has been made toward the Committee’s maximum employment and price stability goals.” The bank kept the federal funds rate (the rate banks charge each other for short-term borrowing) at 0-0.25%.

What caused investors to react?

In his statement, Board Chair Powell indicated that it might increase rates as soon as 2023. This statement was a change from the Fed’s March statement that, “Inflation has risen, largely reflecting transitory factors” and that the Fed would stay the course until “substantial further progress has been made toward” its goals of maximum employment and an inflation rate around 2%. Investors took to heart the Fed’s newly compressed timeline for rate hikes and forecast for higher inflation rates.

How does the Fed’s rate affect you?

Technically, it doesn’t because the rate applies to short-term lending between banks. Practically, however, how the Fed scales back its purchase of U.S. government securities in response to rising inflation rates could affect all of us. If the Fed takes the market by surprise, the markets will respond, and a big response can mean a big recession. Keep your eyes here, and we’ll keep an eye on the Fed.

Candidate Biden promised to tax capital gains as ordinary income for those earning $1 million or more, so that part of his proposed budget surprised no one. What we didn’t see coming was that the change would not be effective on January 1, 2022, but would apply retroactively to the “date of announcement.” Is that date May 28, when the F.Y. 2022 budget was released, or April 28 when President Biden presented his American Families Plan, or whatever date the House Ways and Means Committee begins to mark up the bill?

If capital gains taxes are a factor in any transaction you may be considering, give us a call. Let’s talk about your options.

Step-Up Basis: Loophole for the Wealthy or Family Business Lifeline?

If you own a family business, farm or ranch, or have inherited qualified stocks, you are likely familiar with the term “step-up in basis.” It means that the value of an asset (or its cost basis) is adjusted to the date of the giver’s death. Without the step up, if an inheritor were to sell an inherited asset, she would pay capital gains taxes on the increase in value between the asset’s original purchase and the value on the date the asset is sold. With the step up, a person who sells an inherited asset pays capital gains taxes on any increase in value between the date of the giver’s death and the date the inheritor sells it.

The step-up basis rule is in the news because repealing it is one way President Joseph R. Biden, Jr. proposes to fund the American Jobs Act and the American Families Act. (Check out our summary of the plans here.)

Some argue that this rule is a loophole used by the ultra-wealthy to pass massive amounts of wealth and bypass taxes that other investors have to pay. They believe that the rule contributes to the concentration of wealth and encourages investors to hold on to assets rather than spend profits.

These advocates cite a report by EY which forecasts “that 80,000 jobs would be lost in each of the first ten years and GDP would decrease by $100 billion over ten years if stepped-up basis were repealed by imposing a tax on unrealized gains at death.”

Will the step-up rule survive?

Here’s what we know. All 50 Democrats in the Senate would have to vote yes. Last month 13 House Democrats from farming states sent a letter to House Speaker Nancy Pelosi saying, “And while the clear intention of making changes to stepped-up basis is to ensure vast fortunes worth tens or even hundreds of billions are not passed on without any income tax paid at any point, we are concerned about the unintended burden this could place on farms and family businesses.

There are pros and cons inherent to every type of entity (partnership, Subchapter C or S corporations, etc.), and one of the pros of partnerships is a level of flexibility that Is not available to other entity forms. With flexibility, however, comes complexity and with complexity difficulty in auditing. If a partnership had 500 partners, for example, the IRS would have to conduct 500 audits. To make the IRS’s job a little easier and encourage it to audit larger partnerships, Congress periodically changes the audit rules or centralized audit regime, most recently in 2015—an audit regime applied to tax years starting in 2018.

Much of the complexity in partnerships relate to how income and loss computed at the entity level is reported on the individual’s tax returns. Some tax rules apply to the partner level and some to the individual level.

Unlike other budget proposals designed to increase taxes on high-income earners (e.g., raise the top marginal income tax rate to 39.6% and eliminate lower rates on long-term capital gains), this budget proposal helps individuals involved in partnerships by allowing them to net offsetting adjustments related to the reallocation of items among partners.

Those of you who are self-employed may not be familiar with the acronym SECA (Self-Employment Contributions Act), but you know all about paying 15.3% of your net income to cover both the employee and employer portions of the FICA tax. However, those of you who are limited partners and LLC members know that there’s some fuzziness around whether you are subject to SECA. Under the proposed budget, the distributive shares of partnership or LLC income (to the extent that income exceeds certain thresholds) would be subject to SECA if the partners or members provide services and materially participate in their partnerships.

Even with this change, partnership rules remain complex. If you are involved in a partnership or are considering one, let’s sit down to assess how this proposal could affect you or whether a partnership is the right entity choice for your situation.